“Nursing for All” has just got some additional coverage!

Nursing for All would like to thank the following people for their generosity in 2014:

NFA Board President Laura Jean Ridge was delighted to host NFA’s first fundraiser on Wednesday, October 15. With over forty people in attendance, it was a great opportunity to spread the word about the amazing work of NFA’s nurse partners in Liberia.

Thanks so everyone who made it out for their support! 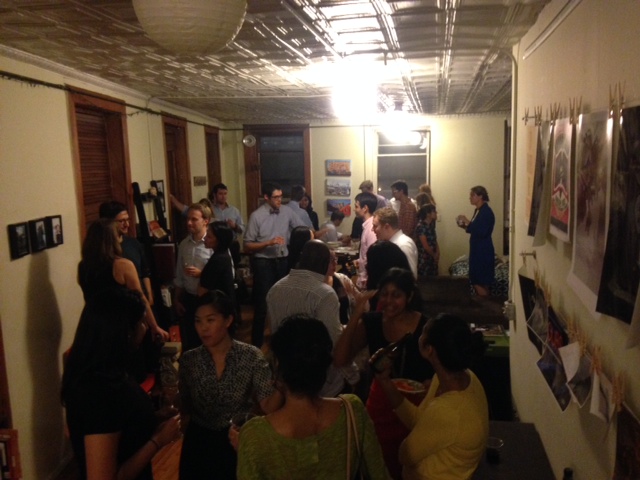 August 24 was Flag Day in Liberia…

It was a day for celebration. For remembering Liberia’s history and anticipating its future.

But instead of enjoying the holiday, most Liberians were coping with the harsh reality of an Ebola epidemic. This epidemic has ravaged Liberia for the past six months, killed over 1,000 people, and is only getting worse.

Half of NFA’s nurse partners have elected to suspend their programs in light of this public health crisis.

However, not one of them has stopped working with NFA. Every nurse who has suspended his or her program has re-channeled their time and effort into community-based Ebola prevention education.

And all of those nurses has received additional funding from NFA.

Please consider giving to support anti-Ebola programs like it.

The 2013 Nursing For All annual report is now available for download. Thanks to our supporters and our NLPHI participants, it has been an incredible first year for us – we’re excited to see what comes next!

Amazing things are happening in Liberia!

The last week of April, NFA Board President Laura Jean Ridge went to Liberia. NFA had some big goals for her trip.

The first was to launch four new Nurse-led Public Health Initiatives (NLPHI). Two of the selected initiatives were designed by nurses already working with NFA—Aaron Debah and Solomon Yah. Aaron recently decided to ask NFA to sponsor supplies for the mental health care he has been providing for the community in Ganta in addition to his current work on substance abuse. Aaron’s fabulous work in Ganta was featured in a seven minute-segment on PBS.

Solomon’s proposal was to expand the clean water initiative he and Clinton Zeantoe had been working on together: instead of two nurses working at one site, Solomon proposed to branch out so two sites could be served at the same time.

The other two new initiatives were equally exciting. Christina was selected to provide HIV testing to women and children who were inpatients in a Monrovia hospital, and Tohdy was selected to conduct a family planning education initiative in Paynesville. Both nurses designed their initiatives based on a community need that had been a concern to them for a long time.

Laura’s second goal was to hire NFA’s first Program Officer, someone Monrovia-based who would help NFA support our programs and assess their impact. She interviewed three outstanding candidates, but Abel Welwean stood out. Abel’s experience with data analysis and his admiration for nursing made him perfect for the position.

Third, Laura wanted to assess current programs’ progress. Of the seven programs NFA launched in September, six were still operational.  (Unfortunately, one of the nurse participants had scheduling conflicts and was unable to continue her initiative past January.) In late April, these programs were transitioned from pilot to full programs, and site visits were conducted for each.

The site visits were amazing. Delkontee and Pate were conducting an open-air community education meeting with over fifty women in attendance. Annette had four different sites in her community, three schools and an open-air meeting place, where people knew they could find her for hypertension screening and management. Tohdy had already reached out to three different schools in her area where she could conduct family planning education.

It was truly inspiring and wonderful to see all of the great work that the nurse leaders working with NFA have been able to accomplish in the eight months since their programs launched. Thank you, and congratulations to them. 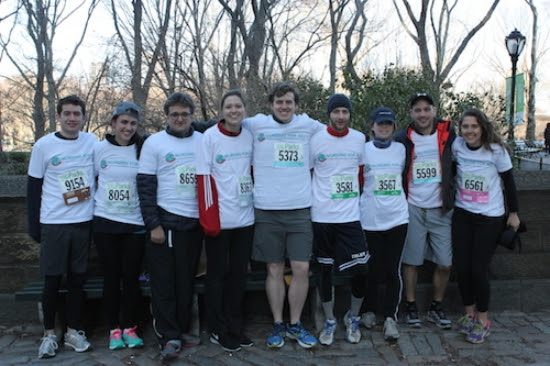 On Sunday, April 6th, a team of nine runners completed the City Parks Foundation run for Nursing for All!

They locked in $8,000 in donations, $6,000 of which will be matched by Barclays. 100% of these funds will go towards providing essential health services in Liberia.

We could not have done this without your outstanding support.

Thank you so much!

It’s race time for Nursing for All!

On April 6, NFA supporters will run the City Parks Foundation Run for Nursing for All!

Any contribution made to four of our runners will be matched by their employer, so give now to turn your $5 into $10 or your $50 into $100!

Please support Laura by contributing to one of the other runners above–that way your gift will double!

Thank you so much for your support!

Welcome to our New Board Members!

Nursing For All is excited to welcome two new members to our board, voted in at the most recent meeting last week! You can learn more about John and Bill below.

John Roberts, CFA is an Investment Banking Associate in the Enterprise Risk Management Group at Barclays. He advises the firm’s clients on the risk impact of strategic corporate finance decisions, such as how they allocate capital, finance themselves and manage market risks. He has worked at Barclays since graduating summa cum laude from Colby in 2009, where he majored in Mathematical Science and Honors Economics-Mathematics with a Concentration in Financial Markets. For his honors thesis, he examined whether parallel exchange rates could be used to predict moves in commodity prices. He cofounded the Colby Student Investment Association and was an avid member of the Sailing and Crew Teams. He is also an Eagle Scout and supporter of Boy Scouts of America.

Peer educators at their October training

Shelly’s initiative has already achieved so much: in partnership with Planned Parenthood of Liberia, Shelly has trained 20 volunteer adolescent health peer educators and worked with them as they divided West Point, Monrovia’s largest slum, into ten different zones where pairs of educators could provide outreach and education. On Saturday, February 8, Shelly and her peer educators are holding a community event in which locals interested in family planning services can drop by and receive education and even family planning services if they would like.